Come and get it!

These heavenly raw vegan cheesecakes really need to be tasted to be believed. Creamy, smooth, rich and delicious- this vanilla bean “cheesecake” is so good, you could almost get away with not telling anyone it’s egg and dairy free. Cashews are the star raw vegan cheesecake ingredient here, and if you’ve never used them before in this way, prepare to have your mind blown.

Who knew that the humble raw cashew, with its rather simple flavour and unassuming kidney bean appearance, could form such an amazingly creamy and versatile dairy-free base for cakes and ice-creams alike? But how much do we really know about this common nut? I started hunting around for information about Anacardium occidentale (its formal Latin name) and was a little astounded by what I uncovered. So without any further ado- let’s get acquainted with Mr Cashew:

Hopefully, you’ve found this post enlightening and interesting, but by now your stomach is probably rumbling “what about that recipe!”

So here it is, the most delicious, creamy, mouth-watering raw vegan cheesecake ever: 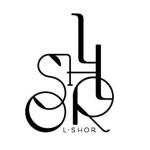 Lover of all things cinnamon and banana ice-cream, Lilly Shor splits her time between Melbourne, Australia and Tel-Aviv, Israel. She will happily spend an entire day fussing over photography & styling for a single plate of nom.              Read More →

This site uses Akismet to reduce spam. Learn how your comment data is processed.

The place to be if you love healthy lifestyles and delicious, mouth watering food! We create tantalising, beautiful and nutritious dishes you can easily recreate at home, all with a focus on being healthy. Stay a while and read up on our wellness guides, which help you move towards a cleaner, happier & more fulfilling life.
Follow

This error message is only visible to WordPress admins

Make sure this account has posts available on instagram.com.

Who are the Spooners?

TSS contributors form a kaleidoscope of passionate foodies & health nuts from the around world. What brings us together is a desire to share our love for healthy lifestyles & a craving to forever fill our plates with beautiful food.
Learn More →
This error message is only visible to WordPress admins

Make sure this account has posts available on instagram.com.